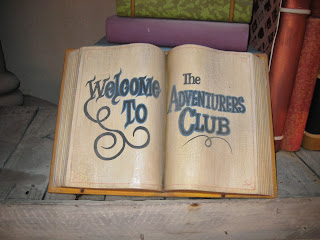 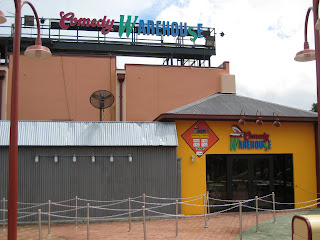 Time to update the latest rumors from Pleasure Island based on information provided by different sources:

ADVENTURERS CLUB: Original plan was to reopen AC at the new Night Kingdom. Since that theme park is questionable as to whether it well ever get built, the latest discussion (and it's only discussion at this point) is either to put AC at Flamingo Crossings or into a new nostalgia section at Disney Hollywood Studios. One thing is certain I'm told; AC will never return to Pleasure Island.

COMEDY WAREHOUSE: As mentioned earlier this week, sources say interactive comedy will be returning to Pleasure Island. I don't know that it will be called Comedy Warehouse but I put this rumor under that name because it most-closely fits into that club's former method of operation. And the CW sign is still on the building.

ULTRA LOUNGES: I've reported on the rumors of restaurants coming to PI but the latest is that they're rethinking the mix of what would be on the island to include so called "ultra lounges". Instead of clubs that focused on drinking and dancing, these would focus more on individual guest experiences. They want to capture what made the former clubs so popular and adapt it to lounge concepts.

So many rumors have come and gone since this Blog was created and most have turned out to be false. However, just because something never happened doesn't mean the rumor wasn't true at the time it was reported. The story on PI continues to evolve. Clearly they had plans for the Island that fell through due to the economy. They have to adapt to current economic conditions which have largely not improved. Demolition rumors continue to persist and it makes sense that if they're going to complete projects by 2012, they've got to begin work in 2010. Everyone would LOVE if AC reopened anywhere! A comedy club certainly fits a family-friendly atmosphere and CW (or similar) reopening makes a lot of sense, even if outsourced with a cover charge. Regarding ultra lounges, I've previously reported on a Polar Ice Bar opening on the island, perhaps as part of the Winter Wonderland restaurant concept. But Red Coconut Club at CityWalk and Blue Martini at Mall of Millenia are ultra lounges and they both feature live house bands, DJ's and dancing. Could dancing in any form return to PI? I'd sure love 8TRAX to reopen in an ultra lounge format! Stay tuned!
Posted by Save Pleasure Island at 7:24 PM

I always thought ESPN Club should move to DTD (maybe as ESPN Zone or another concept), and the old ESPN Club space could become a new AC. The AC theming would fit the BoardWalk time period perfectly.

...Not holding my breathe, however.

NO NOT everyone would love for AC to reopen! as far as i care that place was a waste of space and money to keep open!!!!! I mean come on Disney had to pay (actors) people to walk around the club and "act" with the people who come in and for what NOTHING!!! there is cost cutting thing they could have done to save money!!!

Great update!, I can easily munch on that posting for a couple weeks.

Agreed that the "ice bar" would fit the ultralounge format. In a way, Fuego sort of already does.

Jason, I don't think it was a previous consideration but what I'm told, it's under consideration NOW.
Maybe it would be a way to jump start some activity out there if Disney built something of its own. Everyone is in favor of a PI 2.0 somewhere on-property.