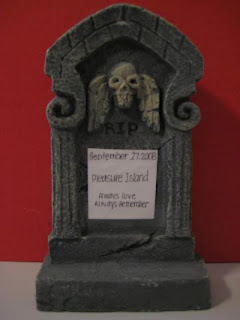 Today is September 27th and that marks the 4th anniversary of Disney's largest blunder, the closing of the Pleasure Island dance and comedy clubs in order to replace them with.....nothing.  That's not to say progress wasn't made this past year.  Sources told the Blog early in the year that Hyperion Wharf was indeed cancelled because it was too much like the Boardwalk and vendors over there complained.  But other than that, nothing happened this year.  Every remaining club building that closed 4 years ago remains exactly that way today with nothing new in any of them and nothing announced.  We're hopeful that there will be an announcement in October about what is coming. Expect Hyperion Wharf 2.0, just with a different name and different theme, but much the same.  We're hoping a reopened Mannequins and Comedy Warehouse will be part of it but Disney has allegedly been putting disinformation onto social media websites these past few months, so don't count on it.  Maybe we'll know more about it by the time the 5th anniversary rolls around next September.
Visit our 3rd Anniversary article here.
Visit our 2nd Anniversary article here.
Visit our 1st Anniversary article here. 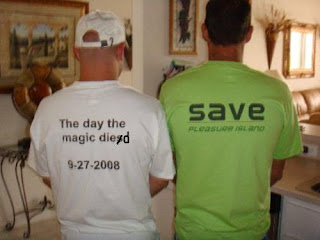 DJMadManRay shares this picture with the Blog on this very sad day in history!  Meanwhile, DJ Peapod in New York writes, "Yes, it is sad. Can't imagine how hoppin' the place would be now with the resurgence of the electronic music scene."  So true!
Posted by Save Pleasure Island at 7:00 AM

An absolutely disgraceful decision. I havent and wont be going back to Disney until they reopen the clubs at PI!!!

What kind of disinformation has Disney been putting out there on social media? I'm 100% frustrated with Disney too but please elaborate. Thanks.

I hear the CIF balloon will be back soon so maybe you can capture some aerial shots of the exciting new happenings again. I just love those!

Yes, the replacement balloon for Characters In Flight has been installed and is undergoing testing. The Blog's EYE IN THE SKY returns soon!

The article was interesting, it's been four years unfortunately, because of Disney's stupid blunder.
Lets hope that Disney realizes the big mistake they made.