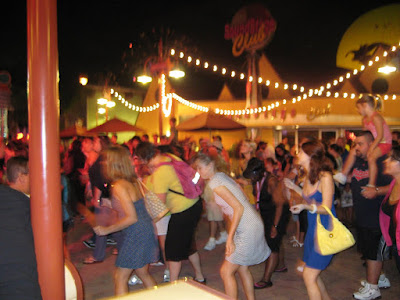 When the Pleasure Island clubs closed in September, 2008, it was amid speculation and rumors that Disney wanted nothing more to do with adult nightlife and that whatever was going to replace clubs was going to be family-focused.
Subsequently we saw a nightly family party called Celebrate Tonight offered on the Island which mercifully gave way to various bands and musicians offering entertainment to passersby. Whenever something new was announced for the area, there was always a ray of hope that it would include adult-only nightlife. Initially some of the former clubs were offered for rental but there were few takers and pretty much everything remained dark for years. 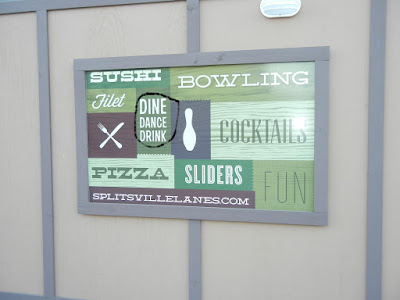 When Splitsville was announced and signs read "Dine Dance Drink", there was hope it would be the salvation. It wasn't. 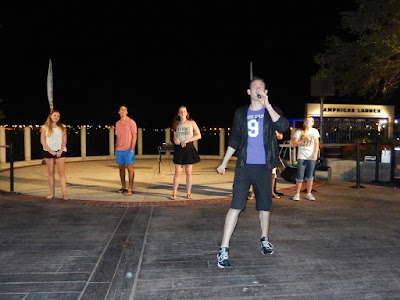 When an outdoor entertainment stage was announced for the Island, there was hope it would be the place for adult nightlife. It wasn't. 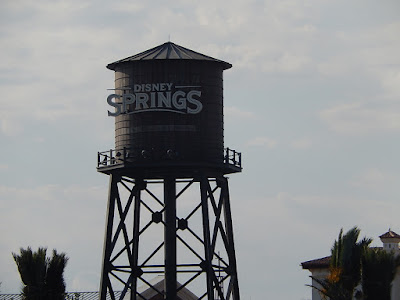 When the Disney Springs concept was finally announced, surely someplace in a venue so large would be dedicated to keeping adults around after 11PM when all the shoppers and diners had gone home.  It didn't happen here either. 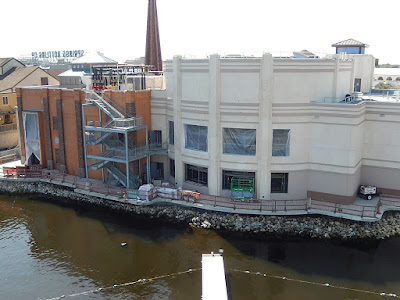 So that brings us to the last great hope. The Edison Orlando. We know there's going to be a restaurant in that section to the left but what about that large performance arena-shaped building on the right as shown above?  After so many disappointments, is there reason to have hope?  Yes.
First of all, one of our readers recently spoke to a restaurant manager in Disney Springs who told him that there will be entertainment daily in The Edison and it will be adults only after 9PM. We're told the entertainment will vary but will include aerobatics, contortionists and DJ's.  This is of course similar to what we've reported takes place at The Edison Los Angeles. We're told there will be an underground speakeasy but it won't be themed as the Neverland Tunnels as rumored. And of course Walt's Place won't exist but we assume the performance arena could have a different name than The Edison it's connected to. (Editors Note: We're leaving our sources anonymous in this article in order to preserve their relations with their sources.)
Another source tells us of a conversation with someone else down on the Island who alluded to Disney being cyclical and while there won't be a adult nightlife district per se, adult nightlife was being integrated over the next year or so into Disney Springs.  He told our source that Disney knows how much people miss Pleasure Island.  He made reference to (The Edison) building being painted in two different colors and two different architectural styles and there being a reason for that.
This source also points to a June article in The Disney Blog (link) indicating that The Edison complex is actually 4 different venues, not just the 3 we're aware of!  Apparently the performance arena section is being themed as a former airline terminal!

With The Edison opening in "Late 2017" and this being August, we should know pretty soon!
Posted by Save Pleasure Island at 7:00 AM

me I hope this is a FAIL! I mean they tell us they DO NOT WANT US! now they do! HA! that and the OLD PI people have moved on anyway!
if it is NOT much like the old clubs WHY would we come back?
now YES I will go see it but am sure I will not go back!

There is still much hope with this, i would like to see this turn into a party venue at night.

BRAIN WASHED! is all I can say!

Pleasure Island was an "island" of diversity, safety and fun. It delivered a high quality experience as only Disney's Imagineers can deliver. Pleasure Island was created to capture all the business and revenue that was leaving Walt Disney World every night for the Church Street Station complex in downtown Orlando. It was sad if not inconceivable that they were willing to give that up. Now, there is a chance that they can capture some of that revenue back again.