Some new events at CityWalk that keeps making the place better and better! (CLICK ON PHOTOS TO ENLARGE) 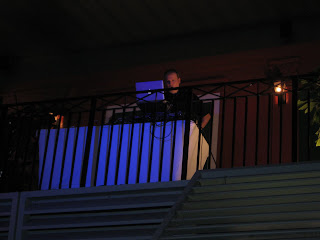 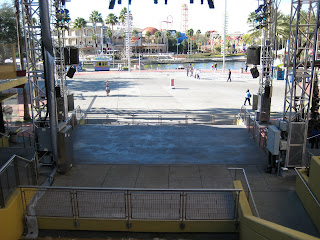 On Saturday nights during October DJ Smooth (Bliss Ultra Lounge, Florida Beat Radio, RadioDanz, Red Coconut Club) will be spinning mostly Top 40 from the CityWalk Plaza Stage from 6pm-10pm. Should draw good crowds as some people depart Islands of Adventure while others head to Halloween Horror Nights. Another DJ will be playing on Friday nights. 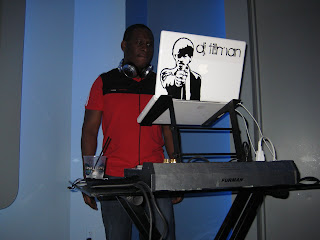 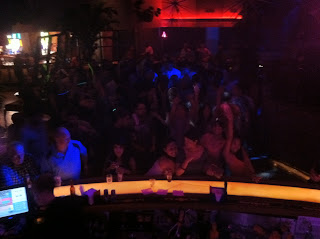 Meanwhile a new event inside Red Coconut Club on Tuesday Hospitality Industry nights in October features DJ Tillman (Blue Room Sessions at The Groove, One80 Grey Goose Lounge, Rangetsu) spinning Top 40 and House. With the band not playing on Tuesdays, he will operate from the band stage behind the bar rather than from the high in the sky DJ booth.
Posted by Save Pleasure Island at 11:52 PM

One small correction on the music for the stage. I'll be playing a mix of top 40 and house. My requirements are pretty nice actually; no hip hop and no line dancing stuff such as the cupid shuffle. Other than that, it's all up to me so I'll be throwing some Avicii and similar stuff in there as well.

Thanks for the clarification! Top 40 and House are where it's at this year and I'm sure the audience will be pleased!

Thanks for that info KingBob, I'll head out to City Walk Plaza Stage area a little earlier to catch a few hours of DJ Smooth. I prefer DJs over the live bands that used to play on the stage, but I do wonder why CW stop having live bands play on the CW Plaza Stage.

WHAT, no Cupid Shuffle? No Dougie? LOL.

So this will be every Tuesday that they have top 40s/house inside RCC? If so, I finally have a reason to make CW a weekly routine!

Ken, spotted you last night at the Stage but did not get a chance to say hi.

Zulemara, this is a new Tuesday night event inside Red Coconut, currently scheduled for October only.