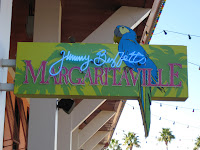 Thursday night in the city...CityWalk that is. With so many DJ's out of town this weekend for Ultra, thought I'd check out the bands instead. CLICK ON PHOTOS TO ENLARGE 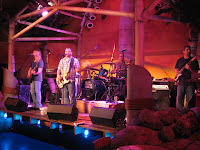 At Margaritaville the house band is Blue Stone Circle. The vibe is a cross between a visit to Rock'n'Roll Beach Club and 8TRAX since the band and DJ play a mix of Rock and Oldies. 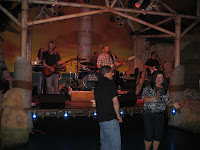 Couldn't get many on the dance floor during my visit last night but the club was full as was the bar area. One thing I never cared for was the fact they leave the restaurant tables in place late at night. So nearly everyone is sitting at tables, it's hard to get them up and more important, there is that lack of mingling you get in most venues. 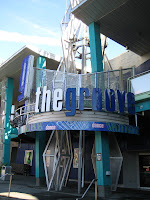 Thursday night is 80's Night at The Groove. While not crazy packed like the previous Thursday night which was St. Patrick's Day, the place was jammed nonetheless. 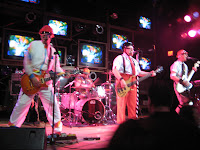 The band Switch aka Nerd Ranger was playing on the stage last night playing their wacky brand of 80's hits. 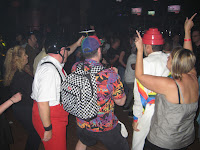 The band used to be brought in one Thursday night each month but that has been scaled-back to quarterly. 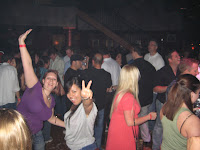 I checked on that rumor that supposedly two CityWalk night clubs were going to be closed at the end of this summer. I'm told that is not the true. We may seem some renovations later this year at The Groove and elsewhere but no closures. All the clubs are profitable and I'm told there are two areas not currently used that they could covert to clubs if they really wanted to, without closing anything. 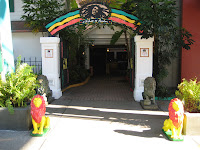 Bob Marley's - A Tribute To Freedom had a small crowd last night listening to their weekday house band Mystik NRG. 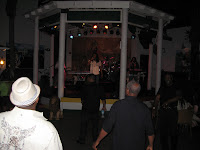 They have a weekend band by the name of Chain Reaction. Both play Reggae and Funk. 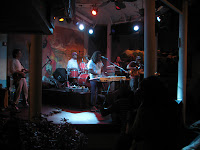 I always thought that if one venue was vulnerable to closure, it was this one. It's outdoors and thus subject to rain and it swelters during the summer. Supposedly they make so much revenue from cover charges that it's a cash cow! 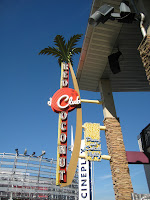 The Red Coconut Club is a favorite of mine and since TG features 80's music on Thursdays, RCC is the place for Top 40 and Hip Hop. Last night DJ G-Clef (BET Soundstage, Celebrate Tonight) was back at the helm between band sets and afterward. 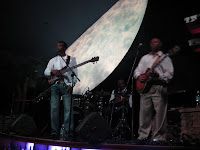 The house band Herb Williams Band plays Thursday, Friday and Saturday nights and does an excellent job recreating the sound of popular songs to dance to. The new female vocalist (not pictured) brings some eye candy for us guys! 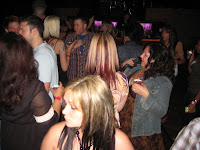 The club was crowded last night with lots of spring breakers in town! 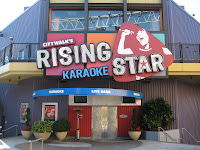 Let's not forget Rising Star, the surprising venue that continues to draw crowds to their Karaoke format. 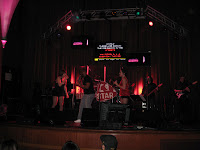 For those brave enough to go on stage to perform, backup singers/dancers join you as does a live band on the weekend. 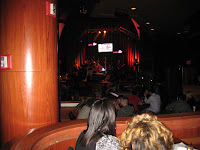 It's far surpassed expectations and draws better than predecessor CityJazz ever did.
Posted by Save Pleasure Island at 12:16 PM

You mean I came THAT close to finally meeting you?