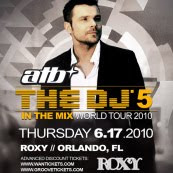 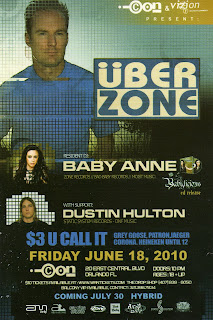 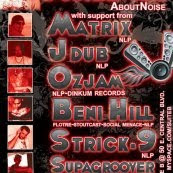 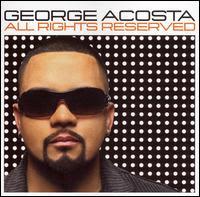 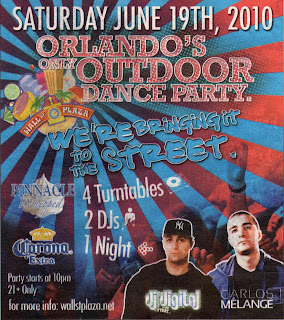 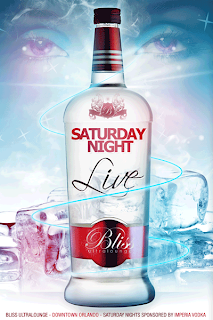 CLICK ON FLYERS TO ENLARGE
Well if you're a techno music fan, there is a HUGE assortment of music available to you this weekend in Orlando!

It all begins Thursday night with German DJ ATB performing at Roxy. He's the #11 ranked DJ in the world per DJMag.

Friday night I'm aware of two events: At Icon, DJ Überzone is performing with DJ Baby Anne opening! Around the corner in Suite B Lounge they are having a Breaks-fest of sorts with numerous DJ's performing including Justin Faze and DJ Matrix. Unrelated but I've got to mention: The Wizarding World of Harry Potter has its Grand Opening on Friday and on Friday night there will be all kinds of festivities outside Hogwarts including a grand fireworks show! There should be a lot of spillover into Citywalk that night!

Saturday night Wall Street Plaza is having an Outdoor Street Dance Party featuring DJ Digital and Carlos Melange. Prepare for a mix of Dance, House, Funk & Hip Hop. DJ George Acosta will be spinning over at Cameo, a facility I'm not familiar with. And of course my favorite Dance club in Orlando on Saturday night is over at Bliss Ultra Lounge featuring DJ Mickey Bono.

Sunday night DJ Kimball Collins is performing over in Tampa at The Kennedy but you don't have to drive over to see him! Because next Thursday night he's opening for the #9 DJ in the world, Gareth Emery at Roxy!!
Posted by Save Pleasure Island at 8:48 PM

Blah, blah, blah, anything going on at downtown
Disney? I'd rather hear no news at PI then all
this techno stuff. Based on the lack of comments
I think most would agree.

LOL. What's great about this being MY blog is I get to choose what to write about.

I would not take the lack of Comments as a lack of interest. I constantly have people come up and tell me thanks for the concert information since they didn't otherwise know about it.