Another Weekend, Another Cruise 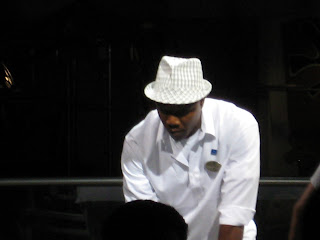 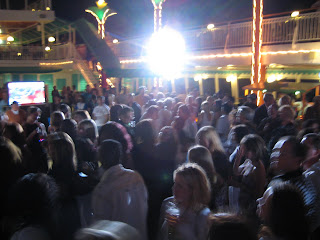 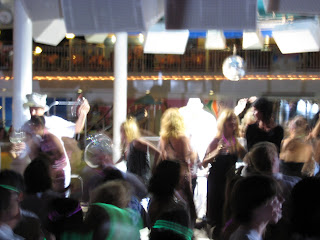 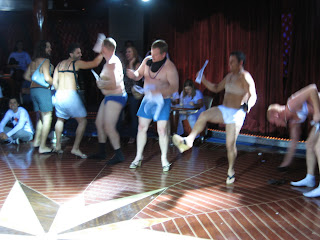 CLICK ON PHOTOS TO ENLARGE
I haven't reported on any clubs on cruise ships since January because I haven't been out on any. But this past weekend I got to experience Norwegian Jewel out of Miami. The ship has 2 night clubs, Spinnaker which played Latin and Fyzz which was used for karaoke. With the beautiful evening weather on this cruise parties were held by the main pool both nights featuring DJ Mitch (WL) . The famous White Hot Party was held on the pool deck, not in the pool itself. The place stayed packed from 10pm to 2am and featured mostly Motion/Groove-style music (Top 40) and a lot of Disco. As I was on the edge of the pool, it was interesting trying to do the Cupid Shuffle and not fall in! And as for that 4th picture above, I'm not even going to try to explain that! Best thing about this ship? The buffet was open until 2am!! As for partying, ok but I've had better.
Posted by Save Pleasure Island at 6:18 PM

cool, I go on my Cruise Vacation in 4 days leaving the 21st -28th on Carnival liberty going to western bahamas. 7 days cruise, perhaps i will bring photos and video recorded on my cell and we will see the club reports on it.

I believe I saw Carnival Liberty docked at Port Everglades this past Sunday. Definitely e-mail with a report on the clubs on board. Thanks!