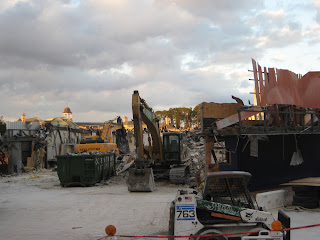 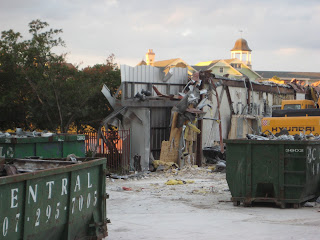 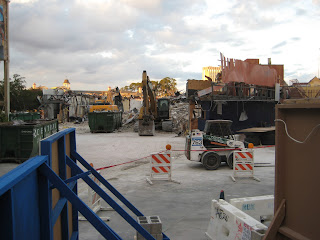 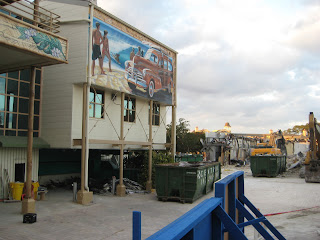 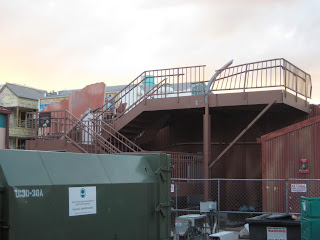 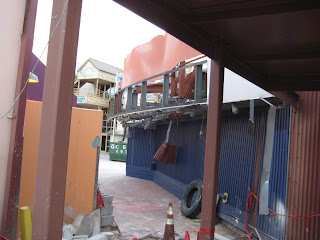 If you were planning on stopping by Motion tonight at midnight for the Cupid Shuffle and Cha Cha Slide, you might as well change your plans. It ain't gonna be happening. Motion is down to its last few breaths! RRBC is next. CLICK ON PHOTOS TO ENLARGE
Posted by Save Pleasure Island at 7:37 PM

This one is painless, Motion is easily duplicated & forgotten. May the mouse not layeth a hand on 8Trax or to a lesser extent M'nqns.

oh sorry Mannequins was the "cash cow" for many many many years!

Motion was always full on a weekend and thursday night, Mannequins could never make as much money as Motion did. This is a disgraceful decision and i will never go back to Disney!!!!

Motion was the beginning of the end of BET Soundstage. Since the Motion music format was Top 40 which included a LOT of hip hop at the time, the mainstream-ness of Motion was attractive to more people than BET was and most of the time, BET was a ghost town. For me, wasn't a big fan of Motion overall but I did go over quite often for that song duo at midnight!

way before Motion was! Mannequins made more money then the rest of the clubs and island thank you very much!
and on thursday nights you think Mannequins made less I don't know about that?
I still say the biggest reason Mannequins quit being the cash cow was because of the DJ's they had now I heard that Disney told the dj's to play the way they did? I also heard that the DJ's could play what ever they wanted what ever the the reason this is why? Mannequins/PI went down! Motion was BORING! small dance floor cheap lights (compared to Mannequins)
Mannequins had a floor that went round and round left right fast slow!!!! the lights cost more than the building they where IN! the sound system "holy cow" it was AWSOME! so tell me Motion? Motion was for teens! why do you think Disney put so much into Mannequins in the first place! go downtown Orlando there are NO clubs that play Motion kind of music! because it's for adults not teens!!

Motion wasnt too big or too small, it had a video screen, it was nicely air conditioned and the dance floor was right by the bar practically forcing people to dance. There was even an upstairs where you could go if you didnt want to dance......

I went there for a walk today. Its very depressing seeing the debris of once was many nights of fun and good times. Its just too painful.

Everyone has their opinion about what was THEIR favorite club at PI. I think most readers count Mannequins as their favorite since the music they played there is the basis of the purpose of this Blog. But no one's opinion is wrong and you're entitled to it.

PI going downhill has nothing to do with what the DJ's played at Mannequins. PI going downhill has many interweaved factors but most experts point to the decision to open the Island to everyone. That decision caused one ramification after another which, coupled with a complete lack of advertising after about 2002, led to its demise.