Universal's Mardi Gras concerts continue this weekend with 2 events. Friday night Sheryl Crow performs. Saturday night Flo Rida is on the stage. Of all the concerts so far, Akon has brought out the largest crowds but I expect Flo Rida to eclipse that! Many people will then "flo" over to the CityWalk clubs right afterwards. Specially priced Mardi Gras tickets include CityWalk clubs for those of you without AP's. 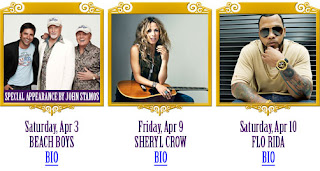 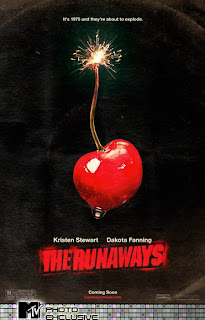 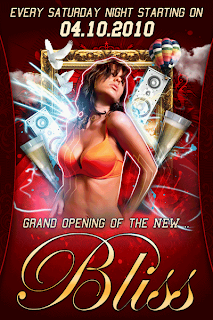 Guys, admit it, you know you want to see this. The Runaways movie opens Friday night starring Kristen Stewart as Joan Jett and Dakota Fanning as Cherie Currie. Cherry Bomb! Saturday night you'll want to head over to the completely renovated Bliss Ultra Lounge downtown. DJ Mickey Bono will be spinning Dance & House. I'm looking forward to seeing what they did with the place.

When Atlantic Dance Hall opened the club was dedicated to Swing music. Many of you will recall the Swing renaissance we had during the 90's. That's when Big Bad Voodoo Daddy songs were the rage. For those into Swing, they're performing next Saturday night at The Plaza Theatre. Finally, every Sunday night is Service Industry Night at House of Blues in Downtown Disney West Side and this week the guest DJ is local favorite Magic Mike. Expect some House, expect some Hip Hop. Anyone with any service industry ID or paystub gets in free!
Posted by Save Pleasure Island at 6:57 PM