Downtown Update: Demise Of The Speakeasy 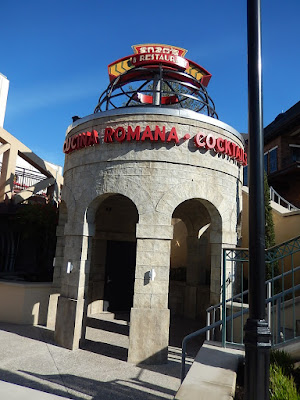 At Disney Springs, the Mouse was reportedly going to offer a Peter Pan-themed underground speakeasy called the Neverland Tunnels (for lost boys) but instead it will open as Enzo's Hideway Tunnel Bar.  As you can see from the signage, it will most definitely not be hidden! And that's too bad because the amount of foot traffic here coupled with the Disney aura could have made something hidden here a great success.
Posted by Save Pleasure Island at 7:00 AM

that is the issue with most clubs downtown they come and go . for many reasons! get in make money leave! mismanagement? people stealing from the club? too small?

Yes, clubs come and go and people get bored which is why clubs have to keep things fresh. There are a few clubs in Orlando that have been in business a long time though such as Independent Bar downtown & The Groove at CityWalk.