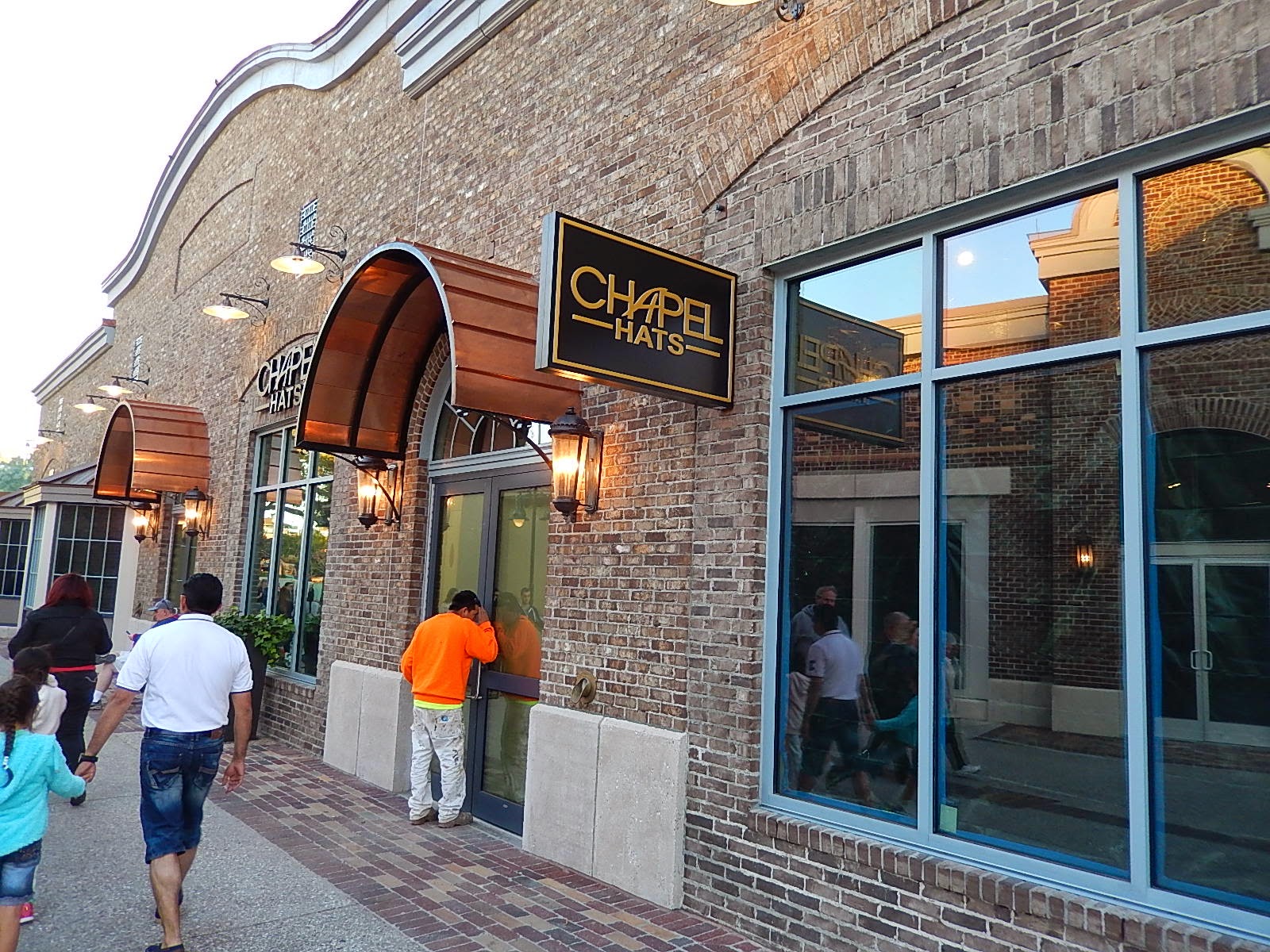 The only thing that has opened since the clubs closed on Pleasure Island was Paradiso 37, but it was under construction anyway and did not arise out of the closure decision. That's about to change.  Not withstanding a couple kiosks that opened in front of Fulton's, the first new store is going to debut; Chapel Hats.  Located in the so called Motion Corridor near The Boathouse, the store will sell hats and should open within days.  Another new store called Sound Lion is supposed to open by mid-February.
Posted by Save Pleasure Island at 10:00 PM

I give that shop, no more than 19 months.

Will they sell mouse ear hats?