Posted by Save Pleasure Island at 7:00 AM 2 comments: 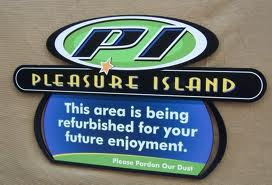 Are we finally going to find out what Disney is planning to do with Pleasure Island?  Here's are two articles from Orlando Business Journal, one from Monday where the writer Richard Bilbao brings up the subject and then another article from yesterday reporting on Disney's response to his inquiry:
http://www.bizjournals.com/orlando/blog/2013/01/so-whats-up-with-hyperion-wharf.html
http://www.bizjournals.com/orlando/blog/2013/01/disney-working-on-new-plan-of-former.html
The author refers to the Stitchkingdom website as indicating to him that news about PI should come out very soon.  And even the Disney spokesperson says "We look forward to sharing additional details soon.”
Sure hope so.  This waiting is getting old.  Thanks to our roving reporter Thommy for the links!
Posted by Save Pleasure Island at 7:00 PM 5 comments:

THURSDAY JAN 31
DJ duo Infected Mushroom (IL) brings there "Fungusamongus Tour" to Orlando tomorrow night at The Beacham.  Known for a fusion of music genres such as Electronic Triphop and Psychedelic Trance, this is sure to draw a huge crowd!  They're also at the Amphitheatre in Tampa on Friday night.
($20)

FRIDAY FEB 1
A freestyle DJ music contest where the winner moves to the next level, check this event out at The Social on Friday night.  Contestants include DJ Nova, DJ Rincon, DJ M-Squared.
(FREE) 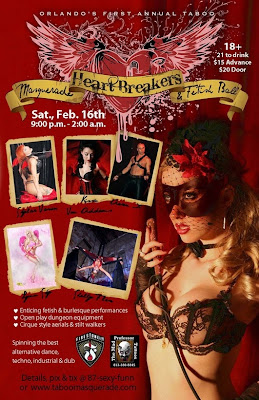 If you miss Venue 13 and are looking for some Alternative Dance, Techno and Industrial to pass your Saturday night, check out the first annual Taboo Masquerade & Fetish Ball coming to Orlando on Saturday, February 16th at Firestone Live. There will be burlesque and fetish performances, open play dungeon equipment and cirque-style aerials to keep you occupied when you're not dancing.  Advance tickets are $15 here, $20 at the door.  DJ Sean (The Castle) from Tampa will be one of the DJ's performing as will DJ Dem Rok (Independent Bar, Barbarella).  So, if you're not psyched about DJ Erok performing at The Groove that night, this might be the place to be.  However, please note that the dress code is fetish, masquerade or latex. Failure to come in costume requires you to pay a $5 party pooper fine at the door!  Fetish/Burlesque/Latex
Posted by Save Pleasure Island at 7:00 AM No comments: 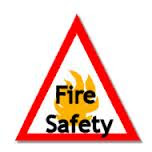 This website is all about having dance club fun.  But we're forced to take a timeout following the fire at the Kiss Club in Santa Maria, Brazil this past Saturday night in which more than 200 died.  The fire was reportedly started when a band or band crew member set-off pyrotechnics inside the crowded club.  Could such a thing happen here?

I'm not aware of anyone setting off indoor pyrotechnics at Orlando-area dance clubs but I'm not aware of any laws against it either.  Most places do allow cigarettes though so fires can start in other ways.  No telling how downtown's older buildings would fare if a fire began. Hopefully area fire department chiefs are this week examining clubs in the areas that they serve.  I feel better about the fire-retarding capabilities of more-modern structures such as we see on Disney and Universal property.

The best thing that any of us can do individually are to always be aware of our surroundings in any bar or club entered.  FA's on my flights this past weekend reminded passengers to be aware of where the nearest exit is located and that it might be behind where you're sitting.  Likewise, clubbers should be aware of the location of club exits (many places have only a front door and a back door) and if ever a padlocked exit door is encountered, immediately bring it to the attention of authorities.  Be safe.
Posted by Save Pleasure Island at 7:00 AM 1 comment:

Posted by Save Pleasure Island at 1:10 PM 4 comments:

Posted by Save Pleasure Island at 10:24 AM 2 comments:

PI Update: Remembering 2006, The Beginning Of The End 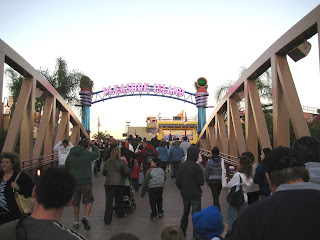 Does anyone remember the changes that hit the Island back in 2006, fully two years before the plug was pulled on the Pleasure Island comedy and dance clubs?  2006 was a year that Disney was researching ways to freshen the Island and bring back the excitement that once existed.  We were told at the time that management was out in Vegas trying to get some ideas from there.  But it was also a time when the Island went into transition from an exclusive gated community to a place open to the public, even at night!

Here is how website "AllEarsNet" described what was going on:

In reality the West End Stage and Hub Stage were eliminated.  The whole focus was to get pedestrians easily from the Marketplace over to the West Side and that entailed eliminating the West End Stage so that a new #4 Bridge could be constructed in it's place.  Pedestrians turning at the Hub could then see the bridge to the West Side, something not possible in the bridge's original spot. They would no longer have to trek around the gated club district.  In reality, neither stage was needed because the last thing they wanted at the time was to offer free entertainment to non-paying passersby.

The building housing Missing Link and several stores was gutted and renovated with no announced plans of what was coming.  The renovations turned out to be a complete waste of money because ultimately Paradiso 37 leased the space and ironically the building had to be gutted all over again to meet their specs!  2008 quickly arrived along with the announcement that all the clubs were closing.
Posted by Save Pleasure Island at 7:00 AM 4 comments: Beginning with a single concert in Los Angeles, Electric Daisy Carnival has become the premier multi-city EDM event in the United States.  The LA show now takes place in less-political Las Vegas and the event has expanded ever since.  In 2011 they added events in Orlando, Denver and Dallas.  Only Orlando was successful enough to continue.  EDC-Puerto Rico has been a surprise run-away success.  In 2012 they added New York City and they've now announced a 2013 show for Chicago (Joliet), the birthplace of House music.  Tickets are now on sale for the 3-day event taking place over Memorial Day weekend.  Insomniac has confirmed that EDC-Orlando will be returning in 2013!  No dates yet but the 2012 event was in November and we expect similar this year.  EDC-Chicago tickets can be purchased here.
Posted by Save Pleasure Island at 7:00 AM No comments:

THURSDAY JAN 24
Last Thursday night at Roxy it was Cosmic Gate, this Thursday night it's DJ Thomas Gold (D)!  Got to see him last September at EDC-Puerto Rico and he was probably the highlight of the night.
($20)

Also on Thursday night over in Tampa at Amphitheatre, the #16 DJ in the world, Paul van Dyk (D) will be performing many of his hits including songs from his 6th album "Evolution" released last year.
($20) 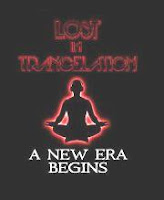 Lost in Trancelation returns for another year this Friday night at Bikkuri Lounge on West Colonial Drive.  It's all about Trance of course, the line-up this month includes DJ Agni, DJ Robb Blak and DJ Intrikit.
(FREE)

SATURDAY JAN 26
Coming up fast in the EDM world, Baauer's first Orlando visit is sure to be impressive since it's backed by both Disco Donnie and HTG.  Expect a full house at Firestone Live!
($10) ($15)

Should be another good crowd at Roxy for Corporate Slackers (USA). Don't know much about them but it's one more Saturday night option.
(FREE)
Posted by Save Pleasure Island at 7:00 AM 8 comments: