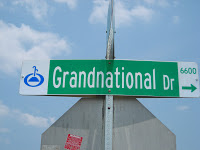 This is the weekend that thousands have been waiting for: ELECTRIC DAISY CARNIVAL!

Welcome to Orlando!  The EDC contract with the City of Orlando requires the music to end each night at midnight followed by fireworks. So the nights are still young, what to do?  The place to go is downtown Orlando, home to dozens and dozens of bars and clubs!  All venues must quit serving alcohol at 2am and can't let anyone else inside after 2am. But many places remain open until close to 3am and you can consume what you already purchased up until then!  The heart of the action is Orange Avenue which runs north-south and Central Boulevard which runs east-west.  Here's this weekend's post-EDC EDM action:

Will look for you!