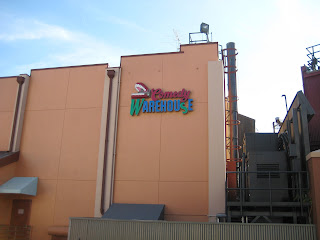 Former cast members of Comedy Warehouse are apparently being asked to perform some family friendly shows over the Christmas holidays! The shows are to take place in the Sounds Dangerous! Theater in Disney Hollywood Studios, not on Pleasure Island!  The performances will take place 12/25-12/31/11 although one other source is reporting that these will take place the last 2 weeks of the year.  Show times are being reported to be at: 1230, 130, 230, 430, 530, 630pm. Perhaps this is the fruition of the previously-posted Blog rumor about some clubs reopening for the holidays. Expect each CW show to be packed to the rafters! More details will be posted once they're announced! Please note that someone on Twitter has posted that former Adventurers Club cast members will also be doing AC shows that week but there is no verification of this and it could erroneous. Why are they doing CW shows? The official line is that they expect such huge crowds that week that they need activities for people to do when they reach capacity.  The official line is that this is not a prelude to Comedy Warehouse actually reopening! (Thanks to reader RichK for contributing to this report.)
Posted by Save Pleasure Island at 6:12 PM

I'm not saying this IS a prelude to CW opening, but I certainly have learned to never trust the company line so it makes you wonder....

Zulemara you do not trust? just sayin!

Hope someone gets some video. Would be great to see some of that classic old PI magic being worked again!

I agree with Zulemara, future plans can always change--especially if these shows always have a packed house of obvious CW/PI fans.

The news lately is that major stockholders are pressuring Disney to quit making major capital investments in the parks. This only makes a revived PI make more sense. It would cost tens of thousands, at most, not tens of millions, yet would bring headlines, tons of free PR, and a lot of good will among guests (including locals). Re-opening PI is about the only thing I can think of that will rival the Potter Land expansion for buzz, but it can be done for a fraction of the price. (And will pay for itself within months.)

Think about it, TDO brass...the guy who proposes this in this way is going to be fastracked for Burbank.

71, you are right on point. The buzz would not just be domestically; about 20% of the hits on this Blog are from outside the United States!

Winslow, I suspect much of it will get posted to YouTube.

KingBob, can you e-mail me please? I have some photos I'd like to contribute to the site.
paul.chandler650@gmail.com
Thanks!
Paul