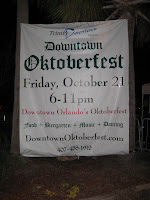 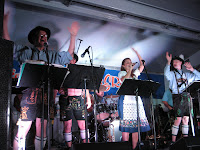 CLICK ON PHOTOS TO ENLARGE I don't get out much on Friday nights but could not miss out on Downtown Oktoberfest over near the Orange County Court House featuring The Swinging Bavarians! 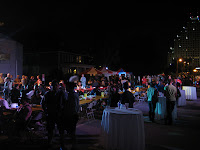 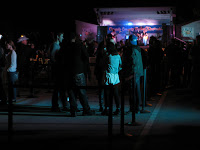 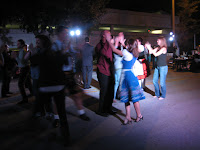 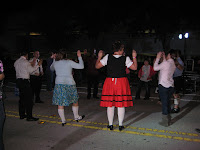 Lots of traditional German (Bavarian) drinking songs, they managed to draw quite a few people up onto the dancing area. But yeah, I'd be lying if I did not admit that as I observed the Chicken Dance taking place, I compared my current position to where I was standing just 3 nights earlier! 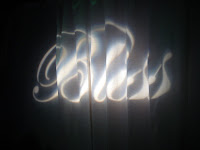 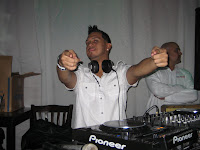 OK, might as well check out some Friday night clubs as long as I'm here. Bliss Ultra Lounge was opening just as the Enrique Iglesias concert was letting out of nearby Amway Centre. DJ Ish (Rix Lounge) was pumping out high energy Dance when I first got there. 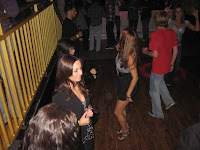 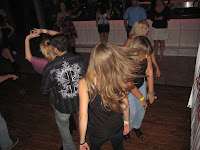 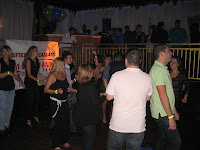 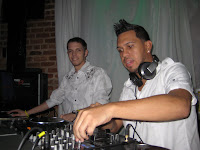 Occupancy of the dance floor was sporadic during this early-evening visit. A lot of Hip Hop on Friday nights but mixed drinks are just $3 so I couldn't complain! 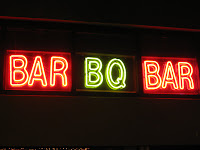 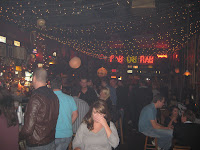 Had not been to Bar-BQ-Bar in a couple years I think so good a time to drop-in. This is not a dance place but it's always been crowded in there. BBQ is indoors and connects directly out the back to.... 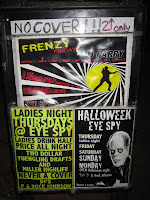 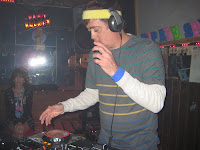 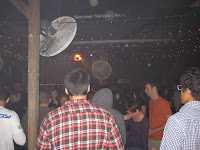 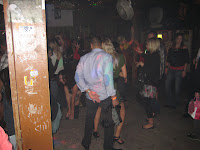 Those fans provide nice cooling breezes on hot, muggy summer nights but last night with a bit of coolness in the air the atmosphere was just right for outdoor dancing. The music was 100% Hip Hop though during my visit. 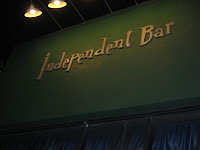 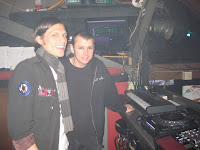 And why not visit Independent Bar too while I'm in da city. DJ Matt with lighting/sound tech Ernie were in the booth putting out a mix of Top 40, Indie, Dance, Whatever. 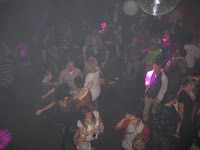 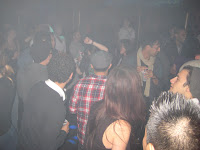 Good crowd on hand; far younger than what we see on Saturday nights. For those of you who remember when I-Bar was called Barbarella, look for club owner Indie John to be opening a Barbarella in Tampa's Ybor City in the near future! (He's already opened one in Austin, Texas.) 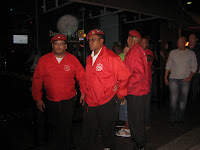 You never know when you might get shot in downtown Orlando so it was nice seeing a flock of Guardian Angels patrolling the streets. Have a great weekend everyone!
Posted by Save Pleasure Island at 10:38 AM