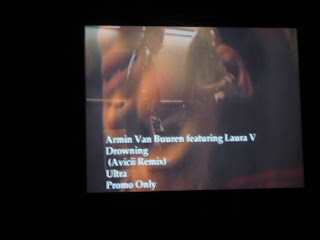 OK Orlando, this is who we've been waiting for!! The Number One DJ in the world is coming to town....Armin Van Buuren (NL). Blog roving reporter Thommy reports that he will be performing on Thursday, September 1st at the House of Blues in Downtown Disney West Side. He had been rumored to be one of the DJ's for the recent Electric Daisy Carnival - Orlando but that never worked out. Don't know when this will be officially announced and don't know who will be opening for him. But this is a big one!!
Posted by Save Pleasure Island at 11:27 PM

If he's mister #1, seems like he'd be able to sell out the UCF arena or Amway.

A few years ago Tiësto played at HOB. The following year he played at Hard Rock Live and now for the past two years, he's sold out UCF Arena.

I think Van Buuren remains an unknown to most Americans.

yeah that #1 based strictly off a magazine doesn't mean anything.

WAY too many Djs in the world to just pick one dude and say he's the best.

nothing about Buuren but I'd put Danny T up against anyone any day of the week and twice on Sunday.