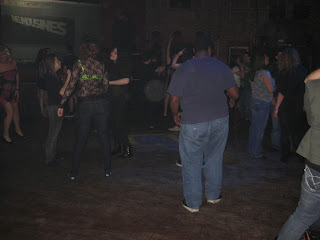 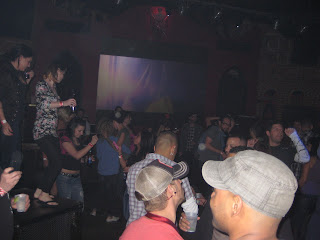 Posted by Save Pleasure Island at 8:02 PM

Friday night at Ybor's 'The Honey Pot' (which is their "Steam Fridays" gay night) is awesome. It reminded me alot of Mannequins, complete with good music (it gets a little too hip hop and rap at times though), great lighting, and even the occasional CO2 blast!.

...although no giant rotating dance floor.
The hot go-go boys made up for that, however. ;-)

Mannequins was NOT a gay club THANK YOU VERY MUCH! NOT a gay club
it had ONE count it ONE gay NIGHT! and that didn't started for years after it opened! so lets NOT start the GAY bullsh*t about Mannequins!

No, I did not imply MDP was a gay club, it was a dance club.
What I meant, and you obviously misunderstood, was that The Honey Pot reminded me of MDP because of it's music, lighting and effects.

No, Mannequins was not a so-called "gay" club. We do know that Thursdays at Mannequins, a free night for Disney cast members, attracted a large (but not largely) gay clientele.

Bob, are you saying that fat gays did not go to MDP? LOL...Just kidding. No matter what night of the week it was, Mannequins always had a mixture of every type of people...Thursdays, Fridays, Saturdays, whatever. God, I miss Mannequins!!!!

Hey Bob! I called the phone number in your picture from Ampitheater and some dude answered, said that this was his new number...so, I'm thinking that there is nothing open there now. I've searched for more information and can't find anything recent....

Anon at 1:16pm, Mannequins patrons were a mix of everything and that was part of the appeal. Everyone was welcome and there was always lots to look at!

Anon at 2:52pm, thanks for your investigation and reporting! Appears then that they apparently reopened as Amphitheater and have already closed down again. So sad.

Bob,
There is new news about the Amphitheater. DJ Icey will be opening up for the new club in April with DJ X and other old DJ's from that club.It is listed as April 16th,2011.Check out Iceys website.Duane and Lyn here.