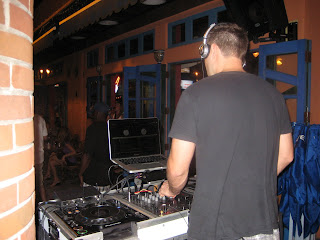 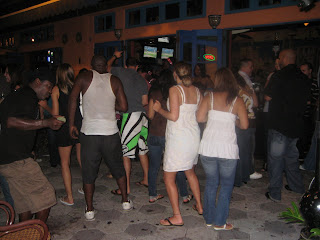 CLICK ON PHOTOS TO ENLARGE
Lots of clubs were open Sunday night in downtown Orlando. Wall Street Cantina had a DJ right on the street playing Top 40 to a very inebriated crowd, pictured here doing the Cupid Shuffle! 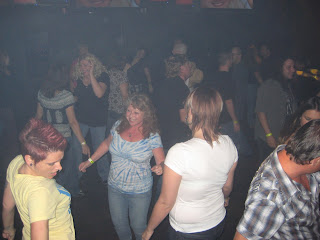 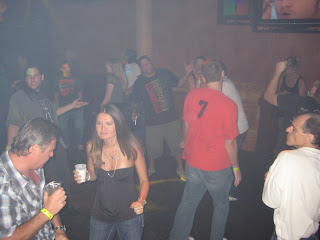 When I went into Independent Bar around 11pm I asked the doorman how it was and his response was that it was already more crowded inside than other Sunday nights. And it only got more crowded as the night wore on as the DJ played mostly 80's but not a lot of the New Wave 80's they play at IBAR on Saturday nights. Not pictured, but the lines to get into Tabu for Latin Night were incredibly long from both directions. They had to have had a capacity night there.
Posted by Save Pleasure Island at 11:24 AM