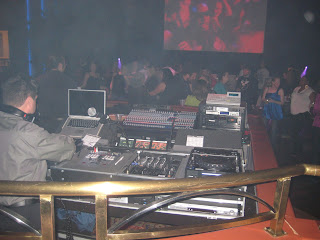 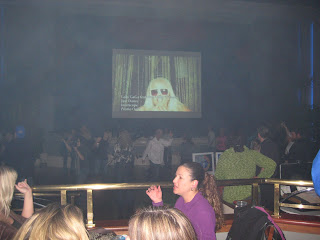 CLICK ON PHOTOS TO ENLARGE
I really, really intended to report on a couple new Saturday night venues for the Blog but once again I got "stuck" in Atlantic Dance Hall. The regular Saturday night DJ who I criticized last week actually did a really good job this time and the club was mobbed with partiers. Other than NYE, this was the largest crowd I've ever seen at ADH. I talked to several out-of-town people that ran in Saturday morning's Disney Half-Marathon so perhaps that explained the numbers. The freezing temps didn't deter anyone! 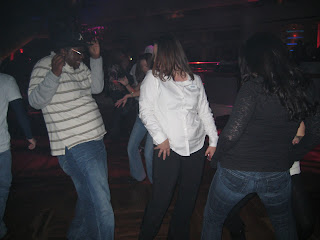 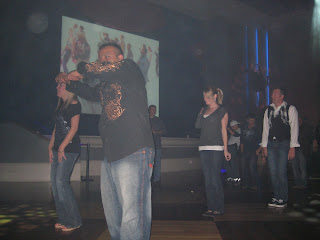 Manager Regina was getting down! Johnny from 8TRAX led the Cha Cha Slide. 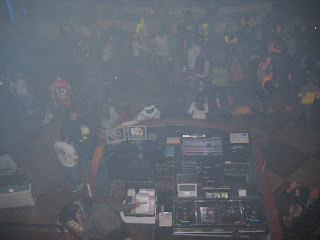 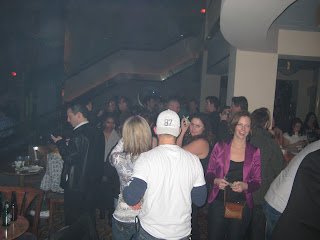 Just a really good time. ADH is the only remaining Disney-run dance club on property and it's really getting more and more popular. The Boardwalk manager told me that ADH revenue in fiscal 2009 was +$300K over prior year. I bet fiscal 2010 will be higher as this continues to grow. The admission price is always right at ADH: FREE
Posted by Save Pleasure Island at 12:12 PM

I like Atlantic Dance Hall, has alot of potential. Positives: Videos and all request nights are a plus. The ambiance of Boardwalk as you enter and exit ADH feels very safe. Negatives: I like it packed, so sometimes the sheer size of that floor makes a good crowd seem average. Good to hear that there was a good turnout!

The marathon runners used to get free tickets to PI and PI would be packed on that Saturday night. I guess word got out about Atlantic Dance. It was pretty busy on Friday night as well.

SCG, I agree with your assessment. I think you previously said something about liking to bump into people while dancing, lol. A NJ girl was constantly doing that this past Sat night as she attempted the Cupid Shuffle under the influence!

Zulemara, I think word is definitely getting out about ADH.