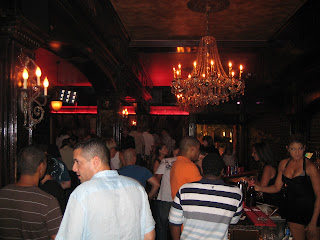 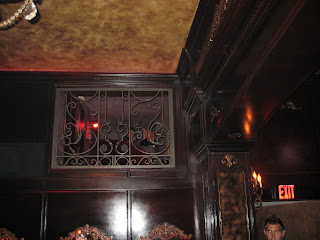 Although this Blog is purposely fixated on Pleasure Island, our other mission is to report on alternate clubbing venues that you might enjoy. Downtown Orlando is full of them. Pictured above is Vintage which along with next-door neighbor Vixen features House/Dance music. Former Mannequins DJ Dominic spins Saturday nights at Vintage. The music was awesome...just like Mannequins....but the dance floor is small and most people were drinking and not dancing. The lower picture shows the "hole" in the upper wall which is where the DJ is located upstairs. It's impossible for the DJ and crowd to have any interaction. A manager told me they hope to have the DJ downstairs within six months. A big thanks to Dom for playing our Mannequins-favorite The DJ Made Me Do It by Robin (Dave Aude remix) last night! 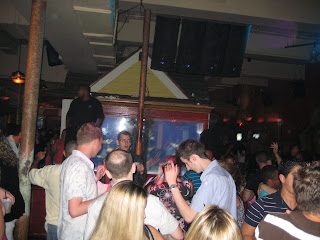 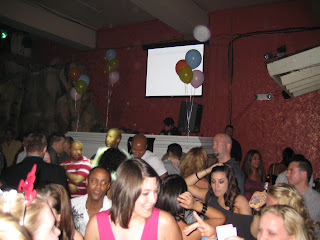 DJ Nova at Antigua normally plays Top 40, mashups and a few oldies on Saturday night but I was told that radio advertising this week said they would be playing 70's Disco. And sure enough, they really were. The dance floor was full but the back of the club was relatively empty which is unlike most Saturday nights. I don't know if this was a one time thing or if future Saturdays will be Disco too. But it was fun and guys drink for free until 11pm, ladies until midnight. 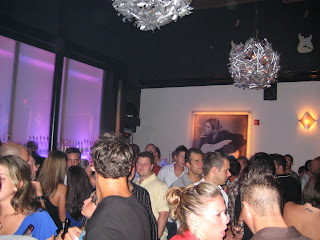 Hidden in an alley upstairs and behind Antigua is Roc Room. Very upscale and also playing a House mix, it was too crowded to ascertain the location of their dance floor. It was also too crowded for me to locate a friend's birthday party I was looking for! 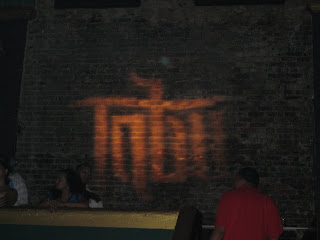 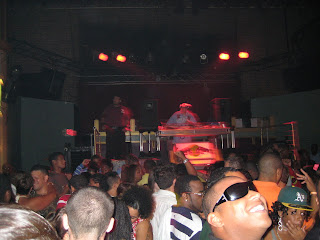 And then there's Tabu Night Club, likely the most famous of Orlando clubs. Owned by attorney John Morgan, most nights at Tabu are hip-hop oriented and Saturday is no different. Buskers out on Orange Avenue were handing out "Free Entry" cards for the ladies and I already have a permanent Friday/Saturday pass. It was packed inside. I didn't recognize the DJ. He did play Black Eyed Peas' Boom Boom Pow so it wasn't 100% hip hop. 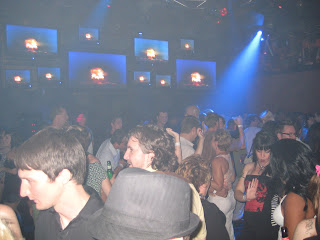 Finally, no visit downtown is complete without a visit to the smoky, gothy Independent Bar. The music is New Wave/Old Wave but this place is more about people-watching than anything else, at least to me. I still hope to report on Sky 60, Suite B Lounge and Bliss in the near future!
Posted by Save Pleasure Island at 11:52 AM